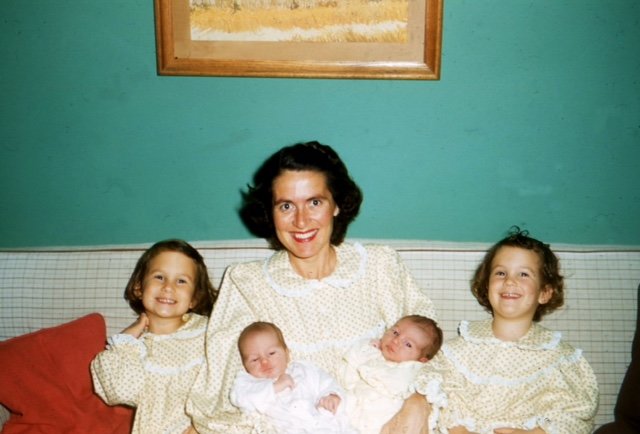 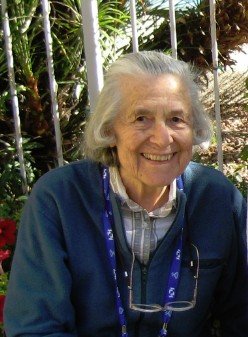 Charity Murray Stone passed away of natural causes on June 30, 2020, in Centennial, Colorado at the age of 95. She was born in 1925 in Anaheim California, the middle of three siblings. She had a younger brother, James W. Murray, and a caring and close relationship with an older sister, Julia Richmond, both now deceased. Her father, James Warrick Murray, was a rancher and businessman. Her mother, Marie (Vernon), after graduating college, traveled to China by trans-pacific steamer and spent three years teaching in an English-speaking  school there. Marie brought back many wonderful old Chinese stories and artifacts which instilled in Charity a lifelong fascination with other cultures.
Charity graduated Phi Beta Kappa from the University of California at Berkeley where she studied Geology. She completed a half year of her Masters degree before being hired by Standard Oil Company in San Francisco where she worked for four years in the Exploration Department. There she met her future husband, Donald Stone, when he joined Standard Oil for his first geology job. In 1952, they both transferred to a new office in Sacramento where they worked side-by-side and were married later that year.
Charity and Don moved around California and the western U.S. as Don traveled to different geological working sites, and during this time, they had five daughters; Katherine, Susan, twins Donna and Jenny, and Jackie (who died in infancy). In 1961, the family moved to Littleton, Colorado for Don’s geology job. They bought a house with a view of the Rocky Mountains and lived there for the next 57 years.
Charity was a gifted artist and craftsman who created beautiful stained glass windows, lamps, plates and other leaded-glass and copper-foiled constructions. She eventually started her own glass art company, where she created and sold beautiful fused-glass pins wholesale to buyers in Colorado and several other states. One of the favorite family memories is meeting Charity in Tucson for the annual gem and mineral show to spend days walking about touring the displays and buying glass, beads, and fun and unusual objects for incorporation into our craft projects.
Charity also loved to travel.  She and Don joined the Ports of Call travel club in 1976 and took 16 international trips over the course of the next 13 years, including a round-the-world trip. They also took many cruises to faraway destinations, where she loved to collect and bring home unique, beautiful, and unusual historical and cultural artifacts for her art and jewelry collections. In the Cayman Islands, Charity and Don earned their certification in scuba diving, and for the next 15 years enjoyed dives off the shores of many Caribbean Islands and Hawaii.  She also loved to ski and had a competitive spirit spending many years playing tennis and golf.
Charity is survived by her husband, her four daughters, her six grandchildren and one great grandchild.  Those who knew her well, remember her for her independent spirit and fearless pursuit of her passions, her delightfully mischievous sense of humor, and her extremely kind and giving nature. She was always supportive of any of her children’s pursuits, endlessly driving them to lessons, stores, schools, and friend’s houses, and donating the money she earned from her creative endeavors to support their dreams.  One of her favorite pastimes was to share stories about the many artifacts in her collections, especially religious items from Tibet and Nepal, Naga and Turkoman jewelry, art objects from Africa, Victorian rings and other jewelry, sterling flatware and serving objects, blown glass sculpture and beads, snuff bottles, nativities, sunken treasure and anything weird with an unknown purpose which she would make into a game of “guess what this is?” She was much beloved by all of those who knew her and was truly deserving of her name, Charity.

Share Your Memory of
Charity
Upload Your Memory View All Memories
Be the first to upload a memory!