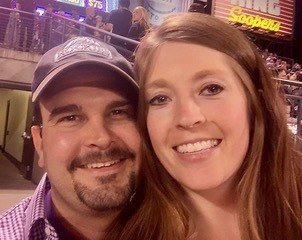 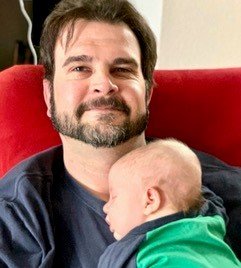 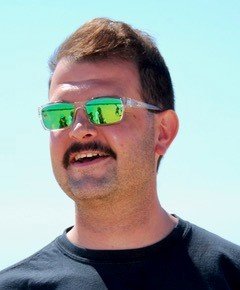 Andy Morrell died suddenly and unexpectedly at too young an age. As a beloved son, brother, grandson, nephew and cousin; devoted fiancé, and the greatest father ever to his six month old son, he will be missed by all who knew him. To be with Andy was pure joy.  No matter how brilliantly lit the room, it always became brighter the moment he came in. He cared deeply about his family and friends. He was excited for his upcoming marriage. He was made to be a father. Even after long days at work and sleepless nights, he found the loving energy to care for his new family. As kind and generous man as ever was, he was there to lend a shoulder and to listen in troubled times. He was quick to join in laughter and celebration in good times. He was uninhibited, boisterous and often silly and goofy as a child. Adulthood did not do much to change that. He could sometimes be exasperating, as his teachers and coaches could attest, but he was easy to like and love. The world is a better place for his too short life. Andy is survived by his parents, Greg and Karin, his brother, Dustin, his grandmother Margaret, numerous aunts, uncles and cousins, his fiancé, Kailey Garland, and their six month old son, Theo Jackson Morrell, in whom he took unbridled joy. A celebration of his life will be held at a later date due to the pandemic.  In lieu of flowers, please contribute to the Marfan Foundation (Marfan.org).

Share Your Memory of
Andrew
Upload Your Memory View All Memories
Be the first to upload a memory!