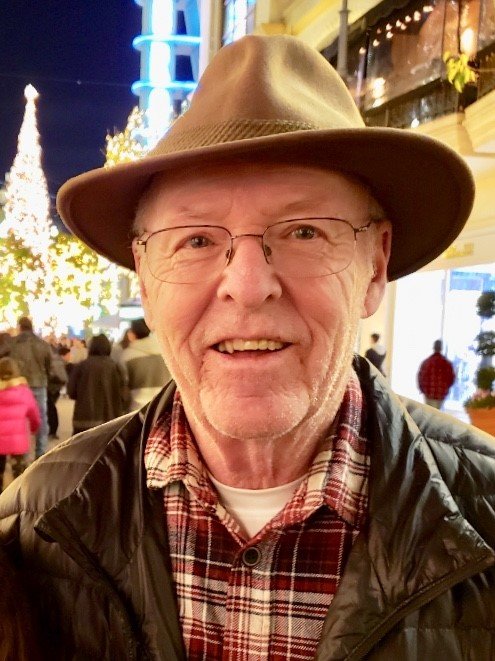 Thomas William Nytes, 77, beloved father and grandfather, died peacefully the morning of June 7, 2020, at the Brookdale Lowry Senior Living facility in Denver, Colorado, where he had lived since February of 2019, after being diagnosed with Alzheimer’s the previous year. Tom was the youngest of 5 children, born in Evanston, Illinois, January 10, 1943, to George A. Nytes and Marie (Carlberg) Nytes. He grew up in both Estes Park, Colorado and Palm Springs, California. Tom graduated from Colorado State University in 1966 with a Bachelor of Science degree in Business Administration.

He married Patricia L. Edgerton in 1965 and had three children: Kimberly Louise, Kelly Rene, and Michael Thomas. They raised their children in Frankfurt, Munich, and Kaiserslautern, Germany; Smithtown, New York; Littleton, Colorado; DeLand, Florida; and Ft. Collins, Colorado. They then divorced. He later married his second wife, Donna, who passed away in 2009.

First Lieutenant Tom Nytes served in the U S Army from 1966 to 1969 as an Adjutant General Officer at the Adjutant General School at Fort Benjamin Harrison, Indiana. He was a Military Leadership Instructor and promoted to be the Administrative Officer of the command and Staff Department. Upon the end of his service, he received the Army Commendation Medal for his outstanding service to the Adjutant General School. “As his Commander, Captain Gordon Marcum along with LTs Richard Roller, Larry James, John Tritsch, Jeff Eakin, Tom Jacoway (deceased), and Larry Goddard, he was a wonderful friend and was greatly admired by his colleagues and students.”

After completing his military service, Tom’s work with Geico Financial Services took his family to Germany, New York, Colorado, and Florida, where he went into real estate and also started his own business. When he and his family returned to Colorado, he continued his work in real estate and started his own investment and mortgage company, as well. After Tom retired from these businesses, he pursued his interest in travel by working for Vanguard and Frontier Airlines and then in security at the Denver International Airport up until the time he was diagnosed with Alzheimer’s at the age of 75.

Tom is survived by his three children: Kim, Kelly and Michael; three grandchildren: Mikaela, Samantha, and Landon; his brother, Jerry; and several nieces and nephews. His family will always remember him for his kind, easy-going nature.

Tom enjoyed traveling with his family and spending time with friends exploring Colorado through geocaching and bike-riding. He had a ready smile, wise advice, and a big heart. He had a special place in his heart for bald eagles.

Tom will be cremated and his ashes spread privately as well as having a small ceremony at Fort Logan August 14,2020 at 1:15pm.  Guests are asked to gather at staging area 'C' at least 5 minuites before the service. In lieu of flowers, donations may be made to:

Share Your Memory of
Thomas
Upload Your Memory View All Memories
Be the first to upload a memory!