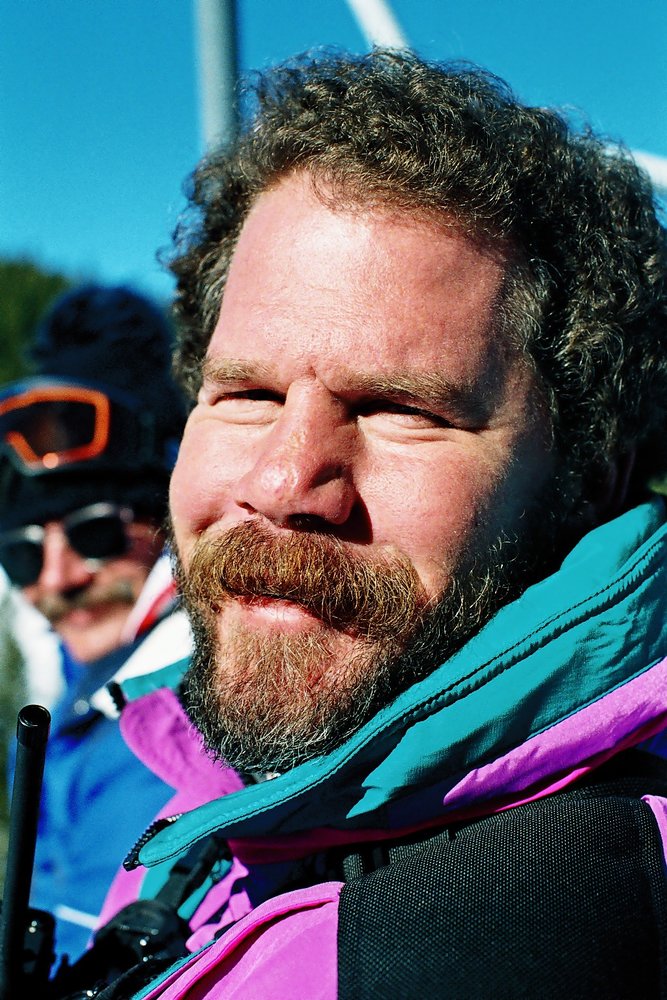 He was truly a force of nature and a man who lived life to the fullest.

Paul was born to Donald and Marilyn DiBello in Amsterdam, NY, on October 25, 1950. Paul’s father was very active in the Boy Scouts, and the family lived in many NY and NJ towns, settling in Glenmont, NY, where Paul graduated from Bethlehem High School in 1968. Paul, along with his younger siblings Peter, Donna, and Mark, grew up enjoying the outdoors, including camping, hiking, and skiing. That desire for freedom and adventure took him to the White Mountains of New Hampshire to work and ski at the Appalachian Mountain Club Mt. Washington Huts in Pinkham Notch, NH. It was here he expanded his skills and became an accomplished ice climber.

On January 31, 1974 Paul, was part of a six-man ice climbing expedition on Mt. Katahdin in northern Maine. This is when he endured both a traumatic and persevering chance to his life. Paul lost a fellow climbing comrade and also his lower legs to frostbite when the group was caught in a fierce winter storm that hit the mountain. Paul spent many months in the hospital healing and it took a few years to adjust to his prosthetic legs.

After returning to the Mt. Washington Valley Paul owned and operated the Saco River Garage with his dog Rufus. Here he found himself determined to climb and ski again. After taking his first run at Attitash Mountain in Bartlett, NH and with much trial and error, he started racing again.

In 1981, with the support of friends and businesses in the Mt. Washington Valley, Paul set his sights on the Handicapped National Ski Championship in Winter Park, CO. From there in 1982 he blew the competition away in Switzerland during his first stint as a member of the U.S. Disabled Ski Team, leading coaches and skiers with disabilities from other countries to speculate that he was not in fact disabled. In successive years Paul won countless medals in national and international alpine skiing competitions, sweeping gold in Austria in 1984 and Sweden in 1986 in all disciplines. Paul became a legend in the world of disabled alpine ski racing, but he was also driven beyond his own success. He was active in the New England Handicapped Sportsmen’s Association, leading individuals with disabilities on hikes, canoeing and sailing trips and was also instrumental in establishing the ski program at Mt. Sunapee in New Hampshire and after moving to Colorado in 1984, Paul created and ran the competition program of the National Sports Center for the Disabled (NSCD) at Winter Park, Colorado.

Paul was also very successful at raising money for many programs through different events like the annual Columbia Crest race for skiers with disabilities and the Rocky Mountain Wine and Food Festival. Every summer he took members of the Winter Park Disabled Ski Team to New Zealand for off-season training, and many members of thise groups went on to compete internationally as members of their respective national disabled ski teams. After his retirement from competitive skiing, one of Paul’s greatest accomplishments was in his role as one of the key organizers and the Director of the

1990 World Disabled Ski Championships at Winter Park, which hosted nearly 200 elite skiers with a wide variety of disabilities from almost 20 countries throughout the world.

One of Paul’s other passions was sailing. He owned numerous sailboats throughout his life and spent as much time as he could on the off season sailing on lakes in Colorado, Nevada, and in the Sea of Cortez with close friends. He soon became known as Captain Spongefoot. He also started a sailing program at Lake Granby in Colorado for individuals with disabilities. Throughout his life, Paul strived to help others with disabilities enjoy the outdoors and challenged them to reach their full potential. He knew that the best way to change the outdated, stereotypical attitudes about people with disabilities was to show the general public the heights these athletes could reach through recreational and competitive sports and activities. Later in his career path Paul looked in a new direction, and with his love for cooking and good food he starting bottling his popular wing sauce in 1995 out of his home in Granby, CO. creating Captain Spongefoot Trading Company, Again Paul took it to the limits winning awards at Local and National levels and creating a successful line of sauces sold nationwide.

Among all of his life’s adventures Paul had a daughter Heidi (Pelham) Mahony born in 1983 and raised in North Conway, NH. This special bond even though distant has been Paul's shining star and legacy of love, Which has continued on with his treasured granddaughters, Mia and Kylie Grandchamp.

Paul was a rebel, a survivor, a warrior, and sometimes a grumpy bear. Even with many health issues over the past few years, Paul strived to be independent. He had many dear friends along the way that helped him and in the last few months friends Jack, Dana, Ron and Roanne created an amazing support network that made sure Paul was taken care of and was comfortable.

Rest in peace our brother, father, grandfather, uncle, and friend. You are very much loved and we will look to your universe, and remember you forever.

A celebration of life will be planned at a later date in Colorado.

To send flowers to the family or plant a tree in memory of Paul DiBello, please visit Tribute Store

Share Your Memory of
Paul
Upload Your Memory View All Memories
Be the first to upload a memory!
Share A Memory
Send Flowers