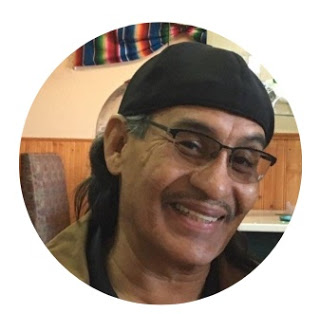 Esteban Carlos Estrada, 66, of Monte Vista, Colorado in the San Luis Valley, passed away February 23, 2020 at the Denver Hospice.  Esteban was born on August 18, 1953 in Platteville, Colorado to Senida Estrada and Juan Camilo Samora. He was married May 17, 1975 to the late Cleopatra Marie Jaramillo of Center, CO.

Esteban was one of CU Boulder’s Educational Opportunity Program students of the 1970s, having arrived onto the Boulder campus during the height of the Civil Rights Movement.  He was an active member of UMAS (United Mexican American Students), served as a Brown Beret security member, and was an actor with Teatro de Ustedes, a theatre group that focused its content on Aztec, Chicano/a, and Mexican American history. Esteban studied Education at CU Boulder. He also served as a custodian, security, and construction laborer for several years with Boulder Valley Schools and the University of Colorado Boulder.

His two daughters, Leticia and Teresa, blessed him with four grandchildren. Esteban’s grandchildren regard their grandpo as one who was a playful, fun, attentive, and energetic soul.

To plant a tree in memory of Esteban Estrada, please visit Tribute Store

Share Your Memory of
Esteban
Upload Your Memory View All Memories
Be the first to upload a memory!
Share A Memory
Plant a Tree