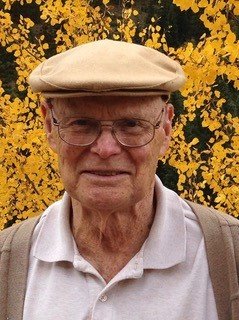 Fred served in the military as a dental technician from January 1946 to April 1947 when the war ended.  He then went back to school and received his Bachelor’s Degree in Chemical Engineering from the University of Denver in 1951. In 1952, Fred continued to serve our country through his career at Rocky Flats Nuclear Site.  He retired 31 ½ years later on January 31, 1984.

Fred was preceded in death by his parents and sister, JoAnn Barbara Kamp.

There will be a private family military graveside service at Fort Logan National Cemetery.  .

In lieu of flowers, please donate to Fred’s favorite charity where he spent countless hours volunteering.              “In Memory of Fred Linck”

To send flowers to the family or plant a tree in memory of Frederick Linck Jr, please visit Tribute Store
Friday
20
March

Share Your Memory of
Frederick
Upload Your Memory View All Memories
Be the first to upload a memory!
Share A Memory
Send Flowers