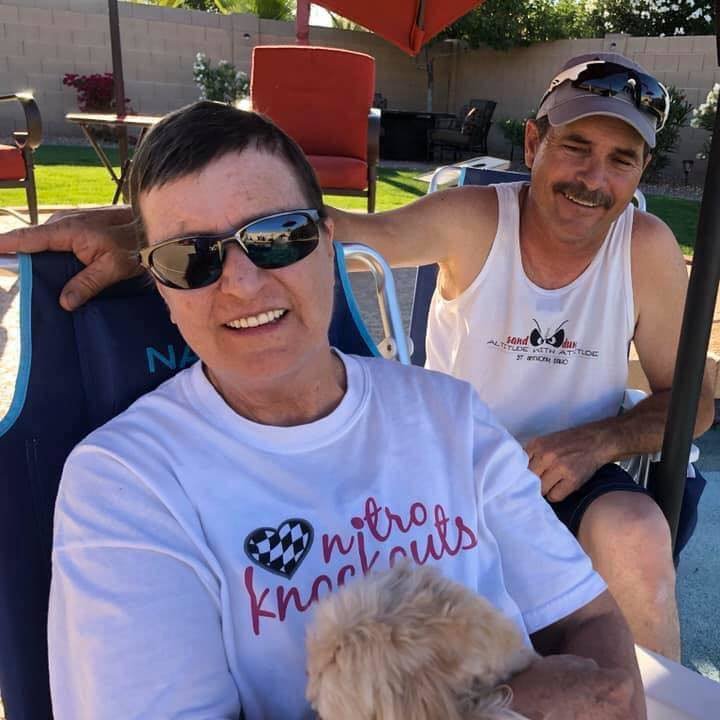 Tonna Louise Parkison (Gay) was born on December 28, 1955, to Laverne (Corky) and Claudette Gay. She was the middle child with an older brother, Tom (Candy) Freeman of Colorado Springs, and a younger sister, Michelle (Greg) Pennington of Parker Colorado.

She had three amazing children, Amy (Daryl) Schrader of Firestone, Jason Shelly, and Joshua (Barb) Shelly of Littleton. She raised her children as a single parent until she met and married her love Jerry Parkison, of Littleton. With their marriage came 3 bonus children, Jeremy Parkinson of Tennessee, Keith Parkison of Aurora, and April Parkison of Denver. Tonna and Jerry were a great team who enjoyed a wonderful life together. Jerry enjoyed racing cars and Tonna was always in the pits cheering him on! They were able to enjoy many adventures together that they both cherished.

As time went on, her children grew and she was blessed with grandchildren. This truly was her calling, to be a Grandmother. She was grandma to 7 grandkids, Alexandrea, Rylan, Jody, Jessie, Chole, Damian, and Loona. She was most excited to become a great grandmother later this year as her first great-grandson Michael was on the way.

Her passion was her children, and later in life her grandchildren. She was a troop leader to both Amy and Josh’s scouts. She was their indoor soccer coach, at times coaching several different teams in one season. She was a mentor, along with being a coach. As her children grew, and their activities grew she was always on any sideline cheering them on. Whatever hobby her children or grandchildren had, that was her hobby as well. In the last years of her life she could be found going on adventures with her grandson, making great memories on annual family vacations with her son, and traveling around watching Amy and Jerry drag race, and just being the best grandmother, she could be to her grandchildren. No matter what stage of life her family was at individually, she was there to support and cheer them on to be the best they can be.

In 2018 Tonna was diagnosed with Breast Cancer. She tackled this just as she did everything else in life, head-on and headstrong. She fought and won her first battle with cancer, but sadly, in the end, she lost the war.

She is preceded in her death by her parents, Claudette and Corky, her son Jason, and several aunts, uncles, and grandparents.

Instead of flowers, the family is requesting that you make a donation to Susan G. Komen. Lastly, the family asks that you take someone who’s special out on an adventure together. Tonna would recommend Tiny Town as a great place to start.

To send flowers to the family or plant a tree in memory of Tonna Parkison, please visit Tribute Store

Share Your Memory of
Tonna
Upload Your Memory View All Memories
Be the first to upload a memory!
Share A Memory
Send Flowers