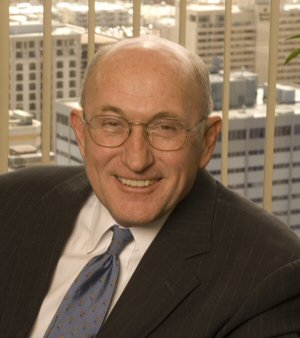 Peter Dennis Willis was born on August 1, 1940 in Sterling, Colorado to Alice Obrian Willis and Edward Willis, a decorated World War I hero and a forest ranger. A third generation Coloradoan, Pete embraced all that Colorado had to offer - hiking, hunting, fishing and skiing. After achieving Eagle Scout, Peter graduated from Fort Collins High School in 1958. He joined his older brother David and sister Alice at Northwestern University in Chicago where he graduated in 1962. Peter returned to Colorado and earned his law degree from the University of Denver – College of Law in 1967. Peter began his legal career at the Denver District Attorney’s Office, where he became a First Assistant District Attorney. Pete started his own firm with his longtime friends John Holm and Al Dill, which became Willis, Holm and Dill. Peter left private practice and joined Mountain Bell in 1980. Following his involvement in the landmark divestiture case involving the breakup of the Bell system, Peter became General Counsel of Litigation and Risk Management for US West, Inc., and managed all of litigation for the U.S. West’s fourteen state region. In 1994, Peter joined Kutak Rock LLP. Peter spent the past 25 years at Kutak Rock LLP, and officially retired in December of 2019. Peter was elected as a Fellow of the American Bar Association, and again as a Fellow of the Colorado Bar Association. Additionally, he was recognized as with the prestigious award of William L. Keating Outstanding Alumni Award in 2007 and the distinguished DU Law Star.

Faith and Service were pillars of Peter’s life. Peter was an avid community volunteer and has faithfully devoted his time and leadership to many orga­nizations, including the Littleton Historical Museum Board, the Littleton United Methodist Church, the Griffith Center for Children, Christian Living Communities, Iliff School of Theology, and Mountain States Employers Council. Peter was appointed by former Governor Bill Owens to the Supreme Court Nominating Com­mission and also served as a Director on the Board of the Colorado Judicial Institute.

Pete’s most important accomplishments were his dedication to his family. Peter married the love of his life, Rosemary and celebrated a wonderful 52 years of marriage. Pete is proceeded in death by his brother David Willis and sister Alice Willis. He is survived by his sister Ruth Ellen Willis, his wife and their loving family: Son Matthew Willis and wife, Emily and their son Luke. Son, Mark Willis, his wife Kim and their daughters, Abby and Maggie. Daughter, Kate Herrin and her daughter, Emerson. He was a true family man who shared his life with those he loved the most. Pete’s legacy of love for family, commitment to faith, service to others, and passion for the outdoors will live on in his blessed children and grandchildren.

A celebration of life will be held at 3 p.m. on Friday, January 3rd at Littleton United Methodist Church 5894 S. Datura St., Littleton, CO 80120 with a small reception to follow.

In lieu of flowers, the family ask that any contributions be made to Christian Living Communities via phone at (720) 974-3555 or donate online at https://www.christianlivingcommunities.org/

To send flowers to the family or plant a tree in memory of Peter Willis, please visit Tribute Store

Share Your Memory of
Peter
Upload Your Memory View All Memories
Be the first to upload a memory!
Share A Memory
Send Flowers