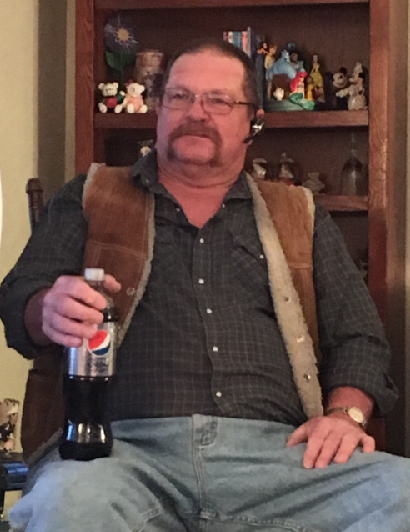 Johny Matthew Brewer was born, August 29, 1959, in Vacaville, CA. His parents were Matthew and Janet (Weber) Brewer.  Johny was the 5th of their children, but their first son. He was followed by another boy, Bill.

The family moved to CO in 1960, when Johny was just about a year old.

Johny attended elementary and junior high school in Englewood, and then Jefferson High School in Edgewater, but did not graduate.

Johny worked a number of different jobs, while his health allowed. He did Road Side Tire Service, in Deming, New Mexico with his dad and brother, Bill. Here in Colorado, he drove a tow truck for Bob’s Towing.

Johny was always ready to help anyone who had need. He would even help people when he was suffering physically, himself.  He worked on cars & motorcycles with his brother, Bill. He joked with everyone and he was a fun person to be around. He liked to take his mom on her errands, whether to the bank or shopping or the flea market. He was very close to his mom and his brother, Bill. When his mom’s husband, Dean, was ill, Johny helped his mom care for him when they were living in Lochbuie, CO.

Johny loved the Broncos. He collected Bronco memorabilia as well as NASCAR mementos. He also loved fishing and he had a large fish that he caught mounted. He also loved all kinds of music, especially country music.

He was preceded in death by his father, Matthew Brewer, and his brother-in-law, Bill Hall.

Johny is survived by his mother, Janet Brunell.

He is also survived by his

And his brother, William Brewer.

Johny’s Memorial Service will be:

To send flowers to the family or plant a tree in memory of Johny Brewer, please visit Tribute Store

Share Your Memory of
Johny
Upload Your Memory View All Memories
Be the first to upload a memory!
Share A Memory
Send Flowers