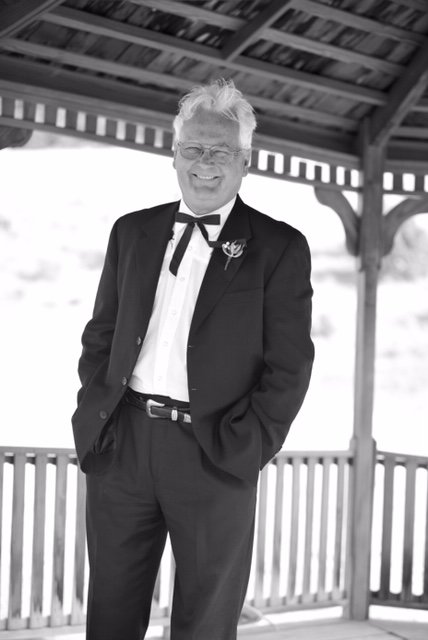 Earl J. “Skip” Carstensen, MD earned his wings on the evening of October 23, 2019 at the age of 75. He worked hard for them after being diagnosed with leukemia last year. As a family physician for 48 years, Skip dedicated his entire life to relieving the sufferings of his fellow humans. He brought a helpful, curious and lighthearted spirit to everything he did and everywhere he went. He considered every acquaintance a friend, and he always defaulted to seeing the good and the positive in everyone and everything.

Skip was born on December 3, 1943. He grew up in North Platte, Nebraska and attended St. Patrick’s High School before moving on to Creighton University for both undergraduate education and medical school. He was a proud member of Iota Kappa Epsilon fraternity. He graduated with his medical degree in 1968.

His years at Creighton were very special as they blessed him with lifelong friendships, countless memories, and a wonderful woman named Jane. After a successful first date on a Friday the 13th, Skip and Jane became married in May of 1967. During his family practice residency in Minneapolis, they welcomed their first son, Tim, in 1968. The family then moved to Keams Canyon, Arizona while Skip served in the Indian Health Service, where they added their son John to the family in 1970. Their daughter Mary joined in 1976 after they had settled in the Denver area. Beagles Tippy and her successor Murphy were also an important part of the Carstensen family.

Skip loved his time as a family physician in Aurora and was known for his old fashioned, patient-centered care. He contributed to the local medical community in many ways, including as a Board Member of the Colorado Academy of Family Physicians. After he retired in 2016, he enjoyed spending time helping his son Tim build and install beautiful custom carpentry.

Friends and family will always remember Skip for infinite reasons, including his unique sense of humor, strong affinity for practical jokes, and incessant love of crepes, pastries, and coffee. Coffee shops provided him with great opportunity to speak to complete strangers and ask them about their lives.

In lieu of a traditional funeral, the family is planning a celebration of life. If you would like to be notified of details when they are available, please email Skip’s daughter, Mary, at mefreivogel@gmail.com.

To send flowers to the family or plant a tree in memory of Earl Carstensen, please visit Tribute Store

Share Your Memory of
Earl
Upload Your Memory View All Memories
Be the first to upload a memory!
Share A Memory
Send Flowers