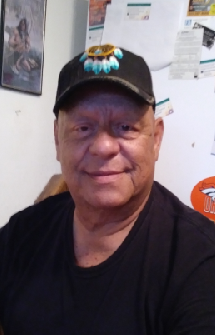 Silverio Fresquez passed away on September 25th, 2019 in Northglenn, Colorado after a long illness. He was 68 years old.

Silverio was born to parents, Jose Antonio and Odelia Garcia Fresquez in Fruita Colorado, on May 1st, 1951.

Services will be held at Immaculate Heart of Mary Parish at 11385 Grant Dr. Northglenn Colorado on October 4th. Rosary at 10:30 AM and Funeral Services at 11:00. Reception to follow after the Funeral Services at the Church Hall.
Private Interment at a later date at Mt. Olivet in Wheat Ridge, Colorado.

Silverio will be remembered for his joke telling.

Special thank you to Avamere Transitional Care and Rehabilitation/Malley and Dignity Hospice for their care and support.

To send flowers to the family or plant a tree in memory of Silverio Fresquez, please visit Tribute Store

Share Your Memory of
Silverio
Upload Your Memory View All Memories
Be the first to upload a memory!
Share A Memory
Send Flowers