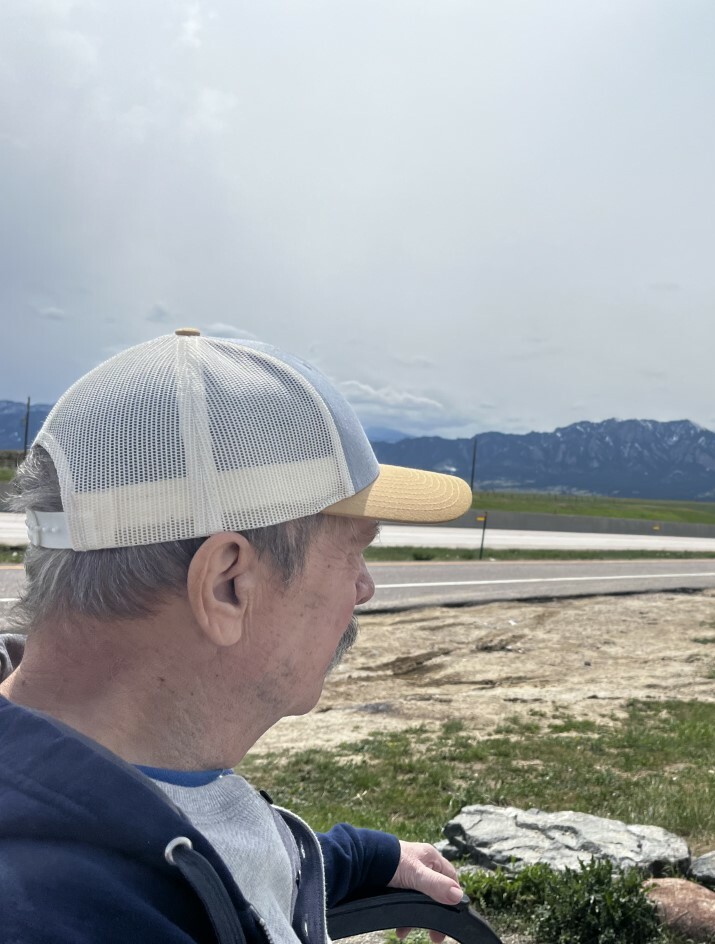 Doyle Harris Jr In loving memory of Doyle Harris, born in Helena, Montana in 1949 and died on September 27, 2022, at the age of 72, in Denver, Colorado after a courageous battle fought against cancer.

Doyle Harris Jr was born to Doyle Harris Sr. and Dorothy Jean Armentrout. Doyle was raised in Montana, Oregon, and California. During his marriage to Lois Harris, they had 6 children, three boys and three girls. As a family, they moved to Colorado in 1998 and he always thereafter considered Aurora as his new adopted home.

As a young man, Doyle was strong, athletic, and played on the football team. He briefly attended Skyline College in San Mateo, California and made lifelong friendships. He began a career as a union heavy equipment operator and stayed in that profession until his retirement.

Doyle was a very strong willed and determined man. Despite many odds and with the support of friends and family, he survived cancer while in his 30’s. The obstacles he faced in life never dampened his spirit or his smile and he continued to enjoy the outdoors, fix cars, enjoy coffee, and work hard. Doyle was outspoken and had an intrinsic memory for dates, events, people, and places.

Of special value to Doyle was his religion, sharing it with others, and his ability to recite a wide variety of scriptures. He also had a special closeness to his mother, who along with many family members and friends will miss him very much. The family would like to especially thank the staff at Uptown Healthcare Center in Denver for their care and attention to Doyle in his final years.