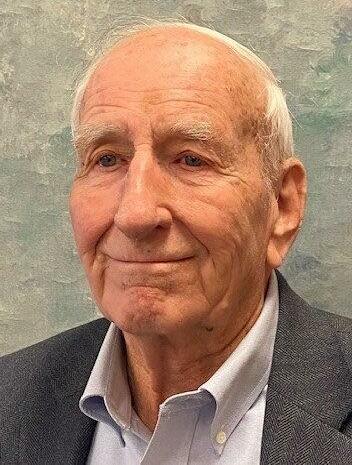 James Wilbur Shelton, age 90, of Littleton, CO passed away on Monday, October 3, 2022 following a cerebral hemorrhage. Jim was born in Denver, CO on July 4, 1932. Wilbur and Ruth raised Jim and his sister in a home filled with music where he grew to be an accomplished pianist. The family attended Emmaus Lutheran Church in North Denver where he met Ardys Knox. They were married in 1951 and went on to raise three children and share 53 years of marriage.

After graduation from Manual High School, Jim attended the University of Denver where he was one of the first graduates of the Business Administration program with a minor in Building and Real Estate in 1955. During his final year in college, Jim launched his own construction company building 46 homes over five years in Denver, Littleton, and Westminster.

In 1960 Jim and Bill Skufca, a fellow DU graduate, started the Skufca & Shelton Company. Over the next 27 years, the company built more than 2,000 single-family homes, developed 15 major subdivisions in the Denver Metro area, built several commercial projects, and several recreation centers. In 1987, Jim formed Shelton Companies, Ltd., which built and sold over 2,300 homes before Jim retired in 2008.

Jim also held many interests including a love of classical music, sailing, and the arts. He had a passion for photography with a dark room in his house for developing. Jim and his family raced their sailboat, Windchild, on Lake Dillion and he captained many sailing adventures in the Caribbean. He loved living in Colorado and spent his winters skiing and summers camping in the mountains.

Jim was devoted to his family. On July 15, 2006, Jim married Mary Farley and blended their families. Jim and Mary traveled to several countries together during his later years. Jim remained an active member of Ascension Lutheran Church for decades. Over his years of membership, Jim served in most areas of church government including two terms as president. Jim was especially devoted to his work with the Ascension Lutheran Foundation where he served as director and an officer for over 20 years.