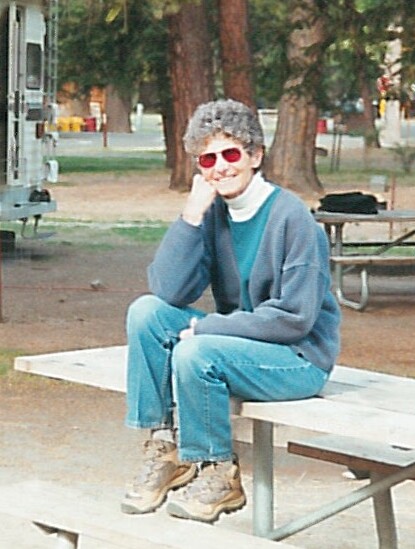 After a long and valiant struggle, Chlo left this world to go to a peaceful and loving place where she will join her son, David Bauwens (Patricia) and her mother (Helen Smith) and her father (William Moran) and her brother (Pat).

Born in Peoria, Ill. On March 1, 1935, she leaves behind her husband of 52 years (Dave Dresen) and her two sons Tom Bauwens (Kathy deceased )  and William Bauwens  (Nancy).  Her first husband (Bruno Bauwens) preceded her in death in 1977.  She also leaves two grandsons Trevor and Greg.   Her sister, Kathleen, resides in Cable, Wis.

She served as Circulation Manager at Jefferson County public library for over 20 years earning many service awards including a Master’s degree in Library Science under Bill Knott before she retired in July of 2000. After 4 retirement parties.

Adventure was her middle name as she climbed a dozen Fourteeners, ran some marathons, many 10 K’s including the Bolder Boulder in 1981 and 82.  She bicycled far and wide but her particular achievement was to bicycle from San Francisco to L. A. along the Pacific Coast highway…she was intrepid.

Chlo believed deeply in people.  Her favorite saying was “Life is Good”.

A celebration of her life will be announced later.