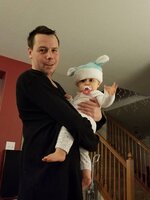 Born is California, passed in Denver, entering into our Creator’s hands August 5, 2021.

Ian is survived by his parents, Steve and Jill Davis; brother Paul Davis and daughter Kambria Davis. Along with several Aunts and Uncles: Larry and Robyn Sliney of MA.; Ed and Paula Bardell of CA.; Dr. Robert and Rita Davis of ID.; Dr. Peter and Sue Davis of CA.; Heidi Davis of NV.; and Ann Harris of Il. Also, many cousins and a plethora of friends.

As a child, Ian grew up in California and Idaho making an impression on anyone he met. Once arriving in Colorado, Ian continued making several friends. Playing little league baseball in elementary school and wrestling during middle school. His creative and engineering mind led Ian to design spin car wheels (drawing a perfect circle), assembling connex roller coasters, battle box cars and lego rockets in only a few hours; where others would take days to complete.

Always wanting to help everyone and bring people together, Ian succeeded many times. Although his advice to others was well received, he often didn’t follow advice given to him. Very steadfast and set in his ways, Ian was ready for a good debate or argument. He will be strongly missed by everyone as Ian was full of love and his spirit was forever strong. Rest in Peace our Dear Son and brother.